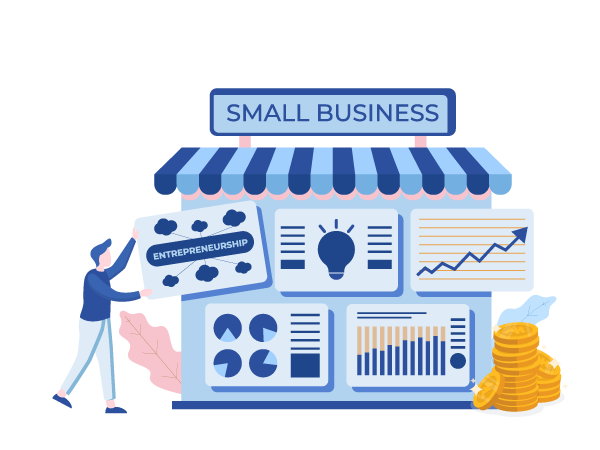 How do MSMEs Contribute to the Indian Economy?

Micro, Small, and Medium Enterprises (MSMEs) have been monumental in accelerating the growth of the Indian economy. They not only play a cataclysmal role in generating employment opportunities at relatively low capital costs but also support industrialization and formalization of the economy. They are also instrumental in ensuring financial inclusion by tapering regional imbalances.

MSMEs are veritably hailed as the backbone of the Indian economy as they contribute over 30% to the GDP. With almost 50% contribution to exports, they also form an integral part of the supply chain. The government of India plans to increase MSMEs output and export contribution to 50% and 75%, respectively, by 2024, in line with the aim to make India a $5 trillion economy.

In fact, MSME promotion has been prioritized by the government as part of NITI Aayog’s Strategy for New India@75, with a special focus on ameliorating credit gaps and emboldening firms to embrace Industry 4.0 practices that enhance productivity.

MSMEs, in layman’s terms, refer to the enterprises that are engaged in the development and manufacturing of goods and services. The Micro, Small & Medium Enterprises Development (MSMED) Act, 2006 classifies MSMEs based on investment and turnover limits, which are enlisted below.

Traditionally, MSMEs were restricted to the khadi and coir industry. Since then, they have branched out to various industries. For instance, micro and small businesses mostly deal with food and agriculture, while medium-sized firms belong to the automotive, pharmaceutical, or chemical industries.

As per the MSME ministry, India has an estimated 633.88 lakh unincorporated non-agricultural MSMEs, of which 31% are engaged in manufacturing, and 36% are in trading activities. Almost 51.25% of MSMEs are in rural areas, while the remaining 48.75% are situated in urban areas. The micro sector accounts for more than 99% of the total number of MSMEs.

MSMEs act as innovation stimulants, encouraging the diffusion of skills, and inculcation of an entrepreneurial culture. They serve as a source of healthy competition and boost economic dynamism. As catalysts for the socio-economic transformation of the country, MSMEs contribute to the economy in the ways mentioned below.

MSMEs play a considerable role in the GDP growth story on account of their contribution to production and processing. Their growth results in an increase in value addition, final output, and profitability. Furthermore, they complement large industries by acting as ancillary units, thus bringing out integration benefits.

Their contribution is increased manifold when one accounts for the multiplier effect of the economic activity undertaken by their employees and suppliers. The CSO data states MSMEs’ contribution to Gross Value Added (GVA) at 30% for FY 2019-20, with the manufacturing share standing at 36.9%. MSMEs are being supported by the government through ‘Make in India’ with the ‘Zero Defect & Zero Effect’ initiative to promote sustainability and higher quality standards.

As per the 73rd Round of NSS Report on Unincorporated Non-Agricultural Enterprises’, MSMEs employ 11.10 crore workers. The micro sector accounts for over 97% of the employment share as it recruits almost 10.76 crore persons.

MSMEs contributed 45.04% to overall exports during FY22. They are expected to benefit further from the ‘China plus one’ policy, which is being increasingly employed by MNCs looking to diversify their production. The government is targeting $1 trillion worth of MSMEs exports by 2027. It has even introduced the ‘Capacity Building of First-Time MSME Exporters’ (CBFTE) scheme for MSMEs’ export growth.

MSMEs contribute to the government’s coffers through direct business taxes levied on their revenues and profits. They also pay indirect taxes, including GST, sales tax, excise duties, and cess. The tax provision requiring MSMEs to mandatorily register on the GST portal has even incentivized the formalization of the MSME sector.

The MSME sector plays a significant role in alleviating poverty and correcting regional imbalances. They ensure a more equitable distribution of income due to their localized nature of business and stave off any rural-urban migration. They also stimulate entrepreneurship, hence kickstarting investment and innovation cycles.

Out of 11 crores employees in the MSME sector, almost 24% are women. Additionally, the socially backward groups, including SCs, STs, and OBCs, collectively own over 66% of MSMEs, with OBCs accounting for almost half of the share. Almost 74% and 59% of the MSMEs are owned by the vulnerable sections in rural areas and urban areas, respectively.

As can be seen from above, a robust MSME sector is acutely required for the Indian economy to grow. But these enterprises continue to suffer from the unavailability of timely capital. This lack of access to capital forces MSMEs to scale down or liquefy their business. As a result, there has been an upsurge in the number of financial institutions, including Protium, that are collaborating with MSMEs to provide prompt financing.

Protium: A Catalyst to MSMEs Growth

Protium sorts out the financial constraints faced by MSMEs by offering timely and adequate credit, in as little time as 3 days. Unlike other lending institutions, which require a borrower to have high credit scores, Protium utilizes its proprietary models that use holistic criteria to analyze an MSMEs creditworthiness. In addition to its end-to-end digital disbursement of business loans, an MSME can also apply for loans at Protium’s 65+ physical branches located across the country.

Apply now at Protium to avail of loans ranging anywhere from Rs. 1 lakh to Rs. 5 crores at attractive interest rates with minimal documentation. Call 8828827800 to get in touch with us!